I’ve had a great interest in snakes since childhood but my true interest in herpetology was revived sometime during the early eighties when I through a common friend met Leif Westrin – at the time living in a large house in Stora mossen in Bromma.
We paid him a visit and I was fascinated to see someone having such a wide array of different snakes at home. We soon established a firm friendship and it was not long before I had my first corn snake (Elaphe g. guttata – Pantherophis) at home.

Simultaneously with the newly acquired possession of snakes a great accumulation of knowledge began. Books in all shapes about snakes were ploughed through. Since, I was very eager to acquire knowledge in subjects of interest to me things could not get much better. With Leffe as a mentor and in addition to that I learned a great deal in the following years. It was not long before the room was full of terraria with different snakes (mostly Thamnophis and Natrix).

During this period I possessed two Viperine snakes (Natrix maura). An interesting incident which occurred when I was about to sell them made me really surprised. The buyer who had arrived to my place to see them said “and the small ones, what are they?”. “Small what??” I said and looked. Believe it or not, a bunch of newborns were crawling around the terrarium. My viperine snakes had succeeded in the art of laying eggs under the large bath for birds which I used as a water pool for them. The eggs hade apparently developed and hatched in the terrarium completely unknown to me. The temperature and humidity must apparently have been perfect in the terrarium.

Another thing which also occured was that in of the litters from one of my Thamnophis, a two-headed specimen was born. It was alive at birth. Sadly, it only survived for a few days. A friend of Leif’s who then worked at Naturhistoriska riksmuseet (The Swedish Museum of Natural History) as a curator helped me in preserving the specimen. I wrote a short note about it in the journal of SHR, Snoken.

Because I and Leffe share the same interests when it comes to herpetology, travelling, photography, hunting and martial arts as a consequence of which we were almost always outdoors at various places in Sweden something which applies to date. We try to get outdoors as often as we can.

Otherwise I am very interested in computers and technology. Construction of homepages has been something I have been doing for a number of years and through which I have had a number of assignments for a different categories of customers. Also work a great deal with Photoshop because I do a lot of photography. 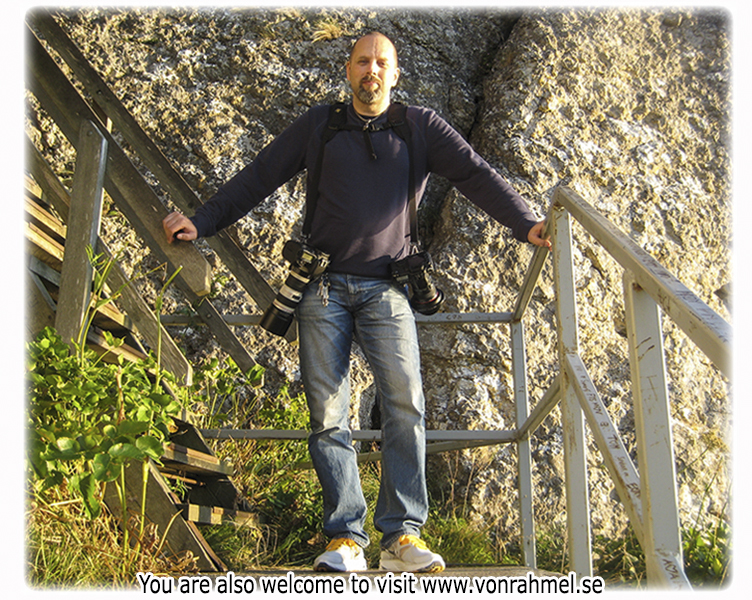